The 5G fronthaul network is an important part of the bearer network. The key point is to use a standardized 25Gbps eCPRI protocol interface to multiplex all service wavelengths of the base station while saving fiber resources.
The optical fiber resources between the base stations and computer rooms of Zhongshan Unicom's towns and districts are slightly abundant in the 4G network networking stage. With the rapid increase in users and traffic in recent years, especially in the 5G large-scale construction stage, it is imminent to deepen the fiber resources.
After in-depth customer research by optical technical engineers, a 5G fronthaul solution based on optical 25G CWDM uses a combiner/demultiplexer to achieve wavelength routing and save optical fiber; a single wavelength can support 25Gbps rate and meet eCPRI signal carrying requirements; 25G Optical modules can not only replace 10G optical modules, but can also be smoothly upgraded to higher speeds, such as 100G, 200G.

At the same time, after field investigation and analysis with customers, due to the large number of users served by some base stations, there are insufficient fiber resources and computer room resources. In order to launch an optimized solution for the co-construction of 4G and 5G base stations, that is, using the first 6 waves of WDM 12 waves as the 5G fronthaul and the last 6 waves as the 4G fronthaul, it solved the problem of rapid co-construction of 4G/5G base stations and reduced investment budget. Problem:

The 25G CWDM/DWDM/LWDM solution provided by OPWAY can meet the higher requirements of the fronthaul bearer in terms of bandwidth, delay, synchronization, reliability, and flexibility. 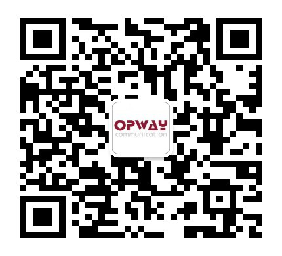